Although consumers were slightly more optimistic about economic conditions in the December survey, nearly all the data were collected prior to the rapid spread of Omicron in the U.S., according to the University of Michigan Surveys of Consumers.

While it is likely that confidence will decline in the month ahead, it is simply too early to judge the eventual impact of Omicron on prices, incomes and employment, said U-M economist Richard Curtin, director of the surveys. The most positive change recorded in December was that the gain was entirely due to rising optimism among households in the bottom third of the income distribution.

Their renewed optimism was due to higher expected income gains during 2022, Curtin said. Those anticipated gains may be vulnerable to the impact of the rapidly spreading Omicron variant on hours worked, he said.

Moreover, inflation has already eroded living standards, with lower income households suffering the biggest relative setbacks. Declining inflation-adjusted incomes, lower savings balances and potential post-holiday spending cutbacks are likely to slow the pace of growth in the overall economy in the first half of 2022, according to Curtin.

“The best news was the anticipated growth in incomes among households in the bottom third of the distribution,” he said. “It was due to a 5.9% boost in 2022 Social Security payments as well as higher expected income gains among the youngest workers.

“Unfortunately, the extremely regressive nature of inflation has also meant that even these gains will leave these households without inflation-adjusted income gains. Moreover, Omicron is likely to continue to put upward pressure on prices as well as weaken the pace of economic growth. The Fed must rebalance policies to both reduce inflationary pressures and to counter any overall weakness in the economy.”

Incomes among the bottom third were expected to rise by 2.8% in 2022, up from 1.8% last December, and the highest level since 2.9% was recorded in 1999. There have only been five surveys in the past half century that income expectations among low-income households have exceeded the December level.

The announced increase in Social Security payments of 5.9% in 2022 was partly responsible for the gain as well as the expected wage increases among the youngest workers of 5.0%, Curtin said. Unfortunately, he said, these gains will be offset by inflation.

When asked whether inflation or unemployment was the more serious problem facing the nation, three-quarters of all consumers picked inflation. Just 15% of all consumers anticipated that their household’s income would rise faster than inflation in the year-end survey. This was the lowest figure recorded in eight years.

Complaints that rising prices had lowered their living standards were voiced by 27% of households, the highest in nine years.

Sales of new single-family homes rose 12.4% in November, the fastest pace in seven months, as the housing industry continued to benefit from low mortgage rates and strong demand.

The November increase pushed the seasonally adjusted annual sales pace to 744,000 last month, the best showing since reaching 796,000 in April.

Demand has surged this year as many Americans cooped up by the pandemic seek out larger homes.

The sale of previously occupied homes rose for a third straight month in November to a seasonally adjusted annual rate of 6.46 million units, the fastest pace since January, according to a report this week from the National Association of Realtors.

Mortgage rates are likely to move higher next year as the Federal Reserve phases out the monthly bond purchases it has been making since the pandemic hit nearly two years ago. The Fed has already signaled that it expects to start raising interest rates as early as next spring to check sharply rising inflation.

But interest rate increases are expected to be modest and the shift higher may actually intensify demand as Americans try to lock in rates before they head even higher. 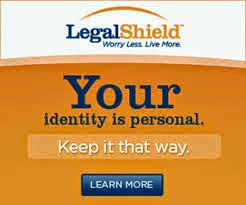